This title is intended for gaming desktops/laptops only (mobile is not supported).

There are 3 worlds, with 3 "base areas" in each to destroy all the towers and other enemies. Each scenario starts with a loadout of a mounted rifle turret with infinite ammo and 50 rockets, with other weapons/ammo to be found while playing.

Most content is destructible (telephone polls, fences, props, enemies). Each world has a number of secrets to find (which have weapons/ammo, health or armor), and a few objectives (find all the BGM, destroy all helicopters, destroy a given number of crystals, etc.).

Controls are remappable and gamepads/joysticks are supported. By default, keyboard controls are WASD to move, mouse to aim and left click to fire. Holding the right mouse button looks towards that direction, and mousewheel switches between weapons. Press Spacebar to jump, double-jump or flip over if upside down. Hold Left Shift to access the UI menus in bullet time while playing, Backspace to abort a scenario and try again. F changes camera. The other controls are listed in-game under Help.

There's also Deferred Multiplayer like in Casual Racing for those with a profile (which is entirely optional, free and anonymous / requires no personal information to create). If you've already created a profile in any of my other games, you can use the same one in this.

First released about a year ago - has had a few updates since then. Enjoy! :) 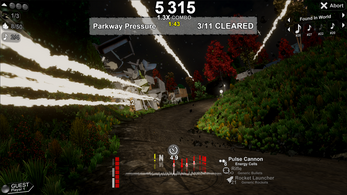 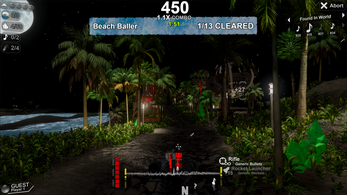 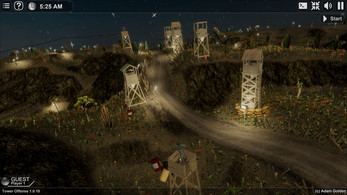